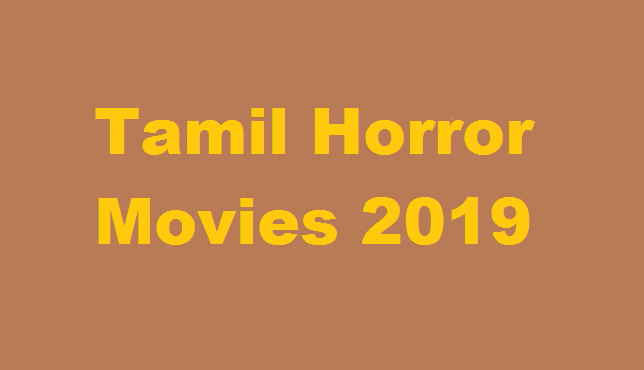 If you like Horror comedy, then you must watch Kanchana 3 featuring Raghava Lawrence. Also, if you have watched its previous parts, then you might find Kanchana 3 much funnier. The movie got released on 19 April 2019 and have grossed around 97Cr in the Box Office. In fact, just in Tamil Nadu, the movie has grossed 79Cr which is considered to be a great collection.

This movie is based on Raghava a coward who is scared of ghost and do not do anything when night falls. One day the entire family plans to visit a small function, where Raghava gets possessed by a ghost. Since then the ghost starts looking for revenge through Raghava & how things changes after that is what the entire movie about.

After the successful 1st part, Prabhudeva releases its 2nd part Devi 2, which was another super hit Tamil horror movie of 2019. Unlike the previous part, this time the ghost posses Krishna. The story revolves around Krishna who is possessed by 2 ghosts. These ghosts possess him as they want to convey their message to their lovers. When Devi finds this out, she misunderstands Krishna & believes that he is having an affair. Later Devi and Lalitha help the ghost to get what they want. During this, a lot of comedy things happens. Overall, the movie is worth watching & will definitely entertain you.

Airaa is a good Storytelling & horror movie that also has a lot of suspense in the story. The movie is directed by KM Sarjun and in the lead role, you will see Nayanthara who playing Yamuna’s character. Yamuna is a known YouTuber who shoots fake ghost videos. One day she plans to visit her grandmother place so that she has some great content to show to her audience. But, she is not aware of the consequence that going to happen with her. As she stays she gets in a situation that makes her life miserable. Along with horror, the movie has a lot of suspense and you must watch this amazing movie.

Irrutu is one of the best horror movies has a great story. The story of the movie revolves around a supernatural power who is killing people making it look like a murder. Sundar C who is playing the police officer in this movie is investigating the murders. The movie is yet to get released on 11 Oct 2019. This should be in your to-watch movie list.

Zombie is another 2019 horror-comedy movie that got released on 6th September. The movie features Yogi Babu, Yashika Aannand, and Gopi Sudhakar in the lead roles. When Gopi plans to go on a vacation he meets Yogi and Yashika in a pub. When they plan to stay there a little longer they find that the entire town is under Zombie’s attack.