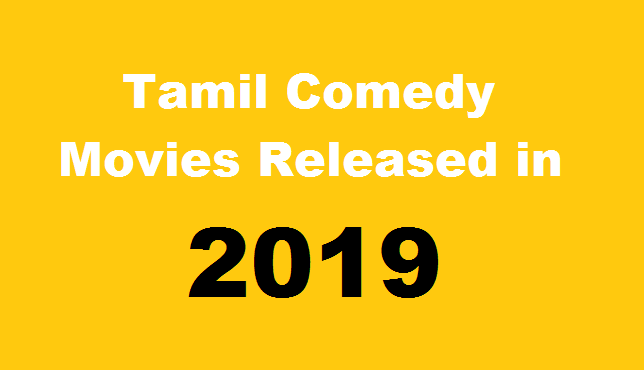 Who does not like Comedy? I guess everyone around us would like to laugh. That’s the reason why comedy movies are the most-watched movies after Action Genre. When it comes to comedy movies, Tamil movie industry is known to produce some of the best movies. Similar to other years, in 2019 we have seen almost all the comedy Tamil movies. But, not all these movies were best. Hence we are here to show you some of the best Tamil Comedy movies of 2019.

Comali has a unique story about a guy who is in a coma for around 16 years. In 1999 when he was about to propose Nikitha git a victim of an accident and stayed in Coma for 16 years. When he finally becomes concious he witnesses a lot of changes around him that makes him go crazy. How he manages to fit in the society is quite funny. Later when he meets Reethika Mohan (Kajal Aggarwal) things get more complicated to him. Till now, Comali is one of the best Tamil comedy movies of 2019 that you should watch.

Kanchana 3 is one of the best comedy horror movies. Also, this movie comes under the top horror movies of 2019. Actually this is the 4th part of the Kanchana franchise. Also, for those who have watched any of the parts can connect with this movie. Similar to other parts, Raghava Lawrence is again the victim of another ghost. The entire movie revolves around the scared and possessed Raghava.

For those who like to watch Rom-com movie, then 100% Kadhal is a movie worth watching. This movie features G. V. Prakash Kumar and Shalini Pandey in the lead role. The movie revolves around teenagers and a bunch of over smart kids who understand things in a very different way. Prakash who is playing Balu’s role is infatuated to Mahalakshmi. During this, he does things that he should not and how he manages to justify it is what hilarious. More importantly, the kids in the movie take comedy to another level. You can watch 100% Kadhal in theater from 4 Oct.

If you go with the name, you might think of it as a horror movie, but it’s not. Monster movie has a unique story of a man who is fed up with a mouse in his house. In fact, we can say that this is the Indian Tom & Jerry movie, where Tom is Anjanam Azhagiya Pillai. Things get so complicated in his life that he ends up looking for all the solutions to get rid of the rat. One day, Anjanam one day gets an unknown visitor who calls himself a pest control guy. But he is no one but a smuggler who use to live in the same apartment and is here to find the diamonds he left. During this, a lot of things happens with Anhanam and the other smuggler, which is quite funny to watch.