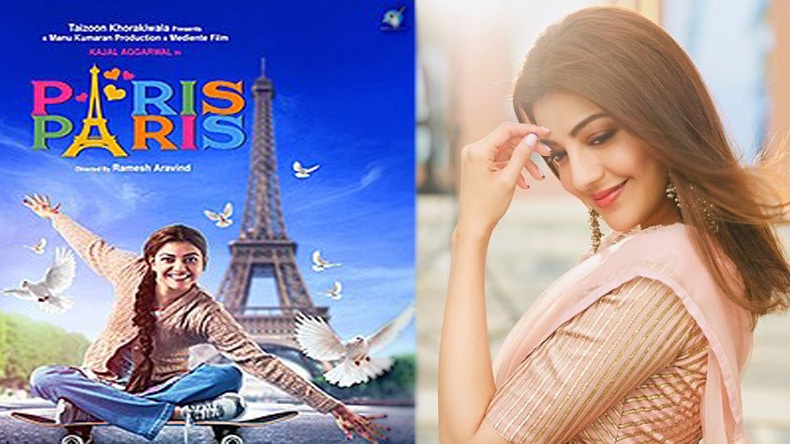 Paris Paris is a Tamil drama film directed by Ramesh Aravind. The film shows lead actor Kajal Agarwal her fiance calls off their wedding. Later, she decides to go alone on her honeymoon. Whereas, she meets new friends and gains interesting experiences as she travels across the globe revealing her own identity. The features Kajal Aragwal in the lead roles. Watch and enjoy the movie here

July Kaatril is a Tamil romantic comedy film directed by KC Sundaram. July Kaatril movie is about a love triangle between the lead actor Anant Nag, Anju Kurain, and Samyuktha Menon. The film focuses on three characters and their love lives, and how they handle the relationship and breakup in their lives. The film features Anant Nag, Anju Kurain, and Samyuktha Menon in the lead roles.

Nedunalvaadai is a Tamil Movie which has got its emotions in the right place. Barring some clichéd moments which are quite predictable in stories that unfold in the rural milieu, the film has some good performances from its artists. The film’s story revolves around the bonding of a grandfather and his grandson. This movie is now available, Click on the following link to watch and enjoy Nedunalvaadai

Aghavan is a Tamil fantasy, mystery, thriller film which is directed by Apg.Elumalai. The film shows the backdrop of an old temple and how certain events reveal the lives of the people in the town. While in the beginning it all starts with sunflowers and roses but it soon takes a dark turn. The film features Saranraj, Rhambi Ramaiha, RNR Manogar, Chini Jayanth, Hallo Kanthaswamy in the lead roles. Aghavan full movie is now available here.

Pattipulam is directed by Suresh and is a comedy movie starring Veerasamar and Amitava in the lead role. The movie revolves around a ghost named Yogi Babu who is from Pattipulam village. This movie talks about a serious issue with young people who are attracted to bike racing. Watch and enjoy the movie by clicking on the following link Pattipulam

Angni Devi a thriller movie directed by John Paul Raj starring Madhoo, Satish, Bobby Simha, and Ramya Nambisanin the lead roles. Based on a Rajesh Kumar’s Novel Agni Devi is about an unsolved murder at a Bus Stop. During the time of the investigation, Madhu Bala who is a popular woman gets connected with this case. Agni Devi movie talks about the difference between Power and Money.

Embiraan is a romantic movie having a unique love story between a physical handicap women and a man. This movie is directed by Krishna Pandi featuring Radhika Preeti and Reijith Menon in the lead role.  Also, Embiraan talks about society and their thought on handicap women. Click here to watch and enjoy the movie now.

Saaral is an upcoming Tamil picture. The movie is directed by Rose Mani and can highlight Azhar, Sukumar and Powerstar Srinivasan as lead characters. Afterward, the story takes a flip once their heart is rejected by their of us. consequently, this turns in world scenes compelling Azhar to battle with Priyanka’s criminal family. Watch and enjoy Saaral movie here now.

Airaa is a Tamil crime Thriller movie directed by Sarjun. Nayanthara as Yamuna, a content creator on YouTube who makes a living out of making fake ghost stories. We hear her tell her associate that any controversial story sells and will earn the attention of people.  It also stars Yogi Babu, Jayaprakash and Malayalam actor Kulappulli Leela in crucial roles. We will provide the full details of Airaa movie.

Super Deluxe Movie directed by Thiagarajan Kumararaja. Super Deluxe Starring Vijay Sethupathi, Samantha, Ramya Krishnan, Fahadh Faasil and Mysskin in lead roles, Super Deluxe is all set to release on March 29. The film has also received a lot of attention from all quarters because Vijay Sethupathi is playing a trans person in it.