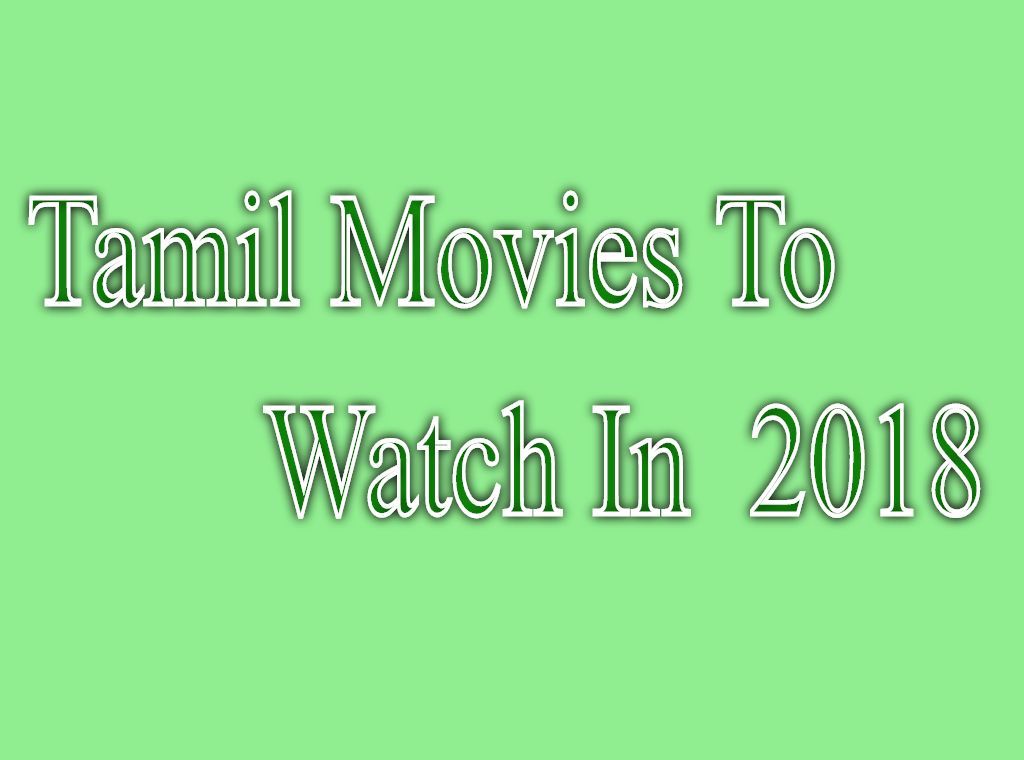 Tamil industry is known as Kollywood which a part of Indian cinema. This industry is famous for action movies. Producing more than 150 movies every year, this industry is one of the fastest-growing movie industry in India. As they have new movies releasing every week, it might be difficult to keep a track on all the movies. Today, we are mainly focused on Rajinikanth and Vijay are Kollywood best actors movies of 2018. Hence, we are here with the list of top Tamil movies to watch in 2018.

Maari 2 is the sequel of Maari where we see Dhanush starring in this movie. The movie has already created excitement among the fans and people are expecting Maari 2 be a blockbuster and is releasing in Tamil and Telugu. Dhanush is starring in the movie and he is quite popular in the South and has a good fan following. The audience would love to watch Dhanush in the Rowdy Avatar in this film. We will provide the details of watching the movie, click on the following link to watch and enjoy the Maari2

Rajinikant’s 2.0 movie has created several records & this is one of the best Sci-Fi movies in Indian Cinema. This movie is about a Nature Scientist (Dr. Richard) who turns into a Villan. This movie has some great Social message on how Android phones are affecting the environment. 2.0 is produced by Lyca Productions and we see Rajinikanth and Akshay Kumar together for the first time. Robo 2.0 movie collects the 775 Cr in worldwide box office collection based on the collection this film is a blockbuster movie for Rajinikanth career and which is one of the  Top Tamil Movies in 2018.

Sarkar is one of the most awaited Tamil movies for Talaiwa (Vijay), he is featuring as a lead role. The movie is a story about a young Businessman who visits India to cast vote. Sundar Ramaswamy is a most successful non-resident Indian businessman based in the United States. He comes in Chennai to cast his vote in the Tamil Nadu Legislative Assembly election. But when he looks at the condition he files a case against the law to reconsider his vote. Later we see how everything changes when he gets political pressure. Watch Sarkar movie here. To watch Sarkar Full Movie, you can click Sarkar on Netflix

96 is a Tamil movie released in 2018 and is a poignant romantic tale of Ram and Janu which will make you nostalgic. The soul of 96 in Govind Menon’s soothing music. The movie story is about two high school sweethearts meet at a reunion after 22 years and one fine day they remain about past over the course of an evening. Kadhale Kadhale was an instant favorite and its placement in the film is just magical to watch. 96 is an ode to the unconditional love shared by two beautiful souls. Watch 96 full movies now at this place.

Seema Raja is a wealthy rich man who wastes money like water just for his false prestige. The movie story is about  (Sivakarthikeyan) is the Singampatti royal family heir. On the other side, in another village, Krishnaiyya is a corrupt rich guy who keeps creating problems between the two villages. This is the time Seema Raja falls in love with his daughter Lakshmi. Upset with this, Krishnaiyya creates even bigger problems. Rest of the story is as to how Seema Raja solves all these problems and wins his love. Click here to watch the Seema Raja movie.

Kali Rangasamys Oru Kuppai Kathai begins with a note. The movie is based on true events. The story is about trash collector Kumar’s quest to get married and lead a normal life. But he is unable to find a wife because of his profession, and so, is forced to lie to get a bride. He marries Poongodi (Manisha Yadav). For a few months, they’re happy, and then all hell breaks loose when she discovers the truth. Kumar, played by choreographer Dinesh, is employed with the city’s waste management company. Watch Oru Kuppai Kathai is now available on the legal streaming website.

Kolamavu Kokila movie is a Tamil black comedy film written and directed by Nelson Dilipkumar. The film released on 17th August 2018 and stars Nayanthara in the lead roles. Kokila in a way, she is the sole breadwinner in her family, consisting of her dad (RS Sivaji), a security guard at an ATM, her college-going sister and her loving mother (Saranya Ponvannan), who runs the family with an iron hand Kokila, who has financial issues, gets involved in a drug racket to earn quick money. Eventually, her family also gets dragged in the internal drug war which, in turn, puts their lives at risk. To know the rest of the story watch Kolamavu kokila in online.