Top Rated Tamil Movies Of 2015 – Do Not Miss Watching 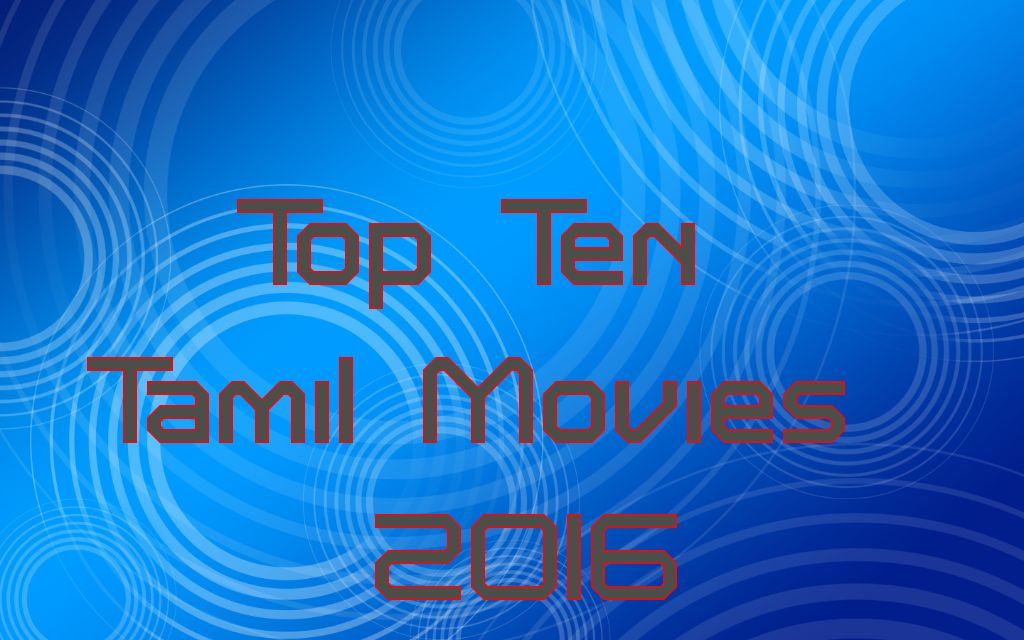 In 2016, many Movies were released in the Tamil industry, some movies are received best reviews and feedback from the audience. Vijay Sethupathi’s movies are the best reviews from the audience. Suriya has tried different genre movies but the response of the movie good. in this year’s sports genre movie, boxing movie R. Madhavan has very good performance in that movie.

Visaaranai is one of the best movies which got released in Tamil recent past. The movie starts from a small town in Andhra and ends up in Tamilnadu. The story is loosely based on the novel Lock-Up. There are no cliche scenes in this movie while dealing with the corrupt system. ‘Visaranai’ begins in an Andhra village with Pandi who works in a local grocery store and stays with his friends at the park. Pandi is in love with a girl Shanthi who is a maid in a police officer’s house and hopes to propose to her soon.

Joker is a 2016 Indian Tamil-language political satire film, written and directed by Raju. Director Raju Murugan in his debut movie ‘Cuckoo’ enthralled us by throwing some light on the dark lives of the blind and with ‘Joker’ he has scaled the peak of cinematic excellence by attempting to show light to the common man who stays blissfully in the darkness used and abused by those in the power circles.

If you are looking into crime and mystery movies, this one should not be missed. What an execution, action and revealing of story. Dhuruvangal Pathinaaru is once you start movie you will stick on to it till the ending. Really hats off to the director and story writer. the story of the movie is Three college friends run over someone with their car and manage to get away with the crime. Five years later, the cop who was disabled in the accident relives the tragic night on which the accident, two murders, and disappearance occurred.

Vijay Sethupathi once again scales another peak with his awesome acting, which is consistently natural, subdued, and brilliant in every frame. The way he lets Yogi Babu hog the limelight in the earlier scenes is commendable. Director Manikandan after the celebrated ‘Kaaka Muttai’ and the brilliantly crafted ‘Kuttrame Thandanai’ has ventured into the commercial arena with ‘Aandavan Kattalai’ and brings all the finesse to the genre riding on yet another awesome performance from Vijay Sethupathi. Gandhi uses your spouse’s name, Karmeghakuzhali, to apply for a passport to fly to London. However, he feels guilty about his actions and tries to find a girl with the same name to solve his problem.

Uriyadi is one of the Very Few movies, Which we should not Miss. A Masterpiece from Debutante Vijay Kumar. Being a Hater of Caste Politics, this Movie became my Close to the Heart Movie and it’s a Whiplash against Caste Politics. The story revolves around four engineering students who are drifters. When their principal asks them what their aim in life is, one guy says, “Jolly-a irukkanum”. That is the extent of their dreams, and that is what they intend to do. One night, they fight for an old man from a lower caste to be allowed to dine in the roadside Dhaba they frequent.

Surya’s duel role Science fiction movie, Sethuraman, a scientist, invents a time-traveling gadget, and his evil-twin brother wants to get hold of it. A bitter battle arises between Sethuraman’s son and his evil-twin to capture the gadget. A lot of the events in 24 movie happen mainly on account of accidents and coincidences, but it is to Vikram Kumar’s credit that we buy into those scenes so willfully in this novel and entertaining, but definitely over-long, film that constantly charms us or leaves us thrilled with its inventiveness. The film begins with one such accident when an eagle acts as a catalyst for Dr. Sethuraman’s (Suriya) invention — the time machine. He is a famed watchmaker and inventor, living contentedly with his wife Priya (Nithya Menen) and their son.

his film has children and also newborn kids in the lead roles. Antony, the producer, and director of popular talk show ‘Neeya Nana’ steps into the big screen as the producer of this film. Let’s see what the film has in store. The lives of many different people intertwine, including a young pair of lovers who bond over chess, an auto driver who is desperately expecting his pregnant wife to deliver a baby boy, and a nobleman running an orphanage.

Sudha Kongara’s second movie after the Tamil Drohi is as subtle as an uppercut. Though the storyline is not so unexpected, rather an adaption of a great Bengali movie ‘Koni’, I have a good feeling for this movie. This is a bilingual movie, Prabhu is a highly successful women’s boxing coach who is arrogant and rude. He becomes a victim of the boxing association’s politics and is transferred to Tamil Nadu, where he meets a 17-year-old fish-seller girl with a rare fighting spirit.

Certain films will catch your attention instantly with the title itself. Undoubtedly ‘Pichaikkaran’ comes under that category. Would anyone keep such an inauspicious word as a title for a film in an industry considered to be highly superficial in everything? Apart from the titular attraction, the names of hero, music director, and producer Vijay Antony and director Sasi associated with the film are also obviously the reason for a good buzz around the film strengthened by an interesting trailer.

Vijay Sethupathi steals the show with his casual screen presence and extraordinary dialogue delivery… music is great too. Madonna fits perfectly in the female lead role. A rare “feel good” movie in Tamil after a long time. Director did a great job of capturing and packaging the story with the right amount of humour, sentiments, and romance. Madonna Sebastian of ‘Premam’ fame fits into the role exactly and brilliantly conveys the desperation of getting a job and the hardships of living a jobless life with subtle emotions. A grand welcome to Tamil cinema.

Top Rated Tamil Movies Of 2015 – Do Not Miss Watching